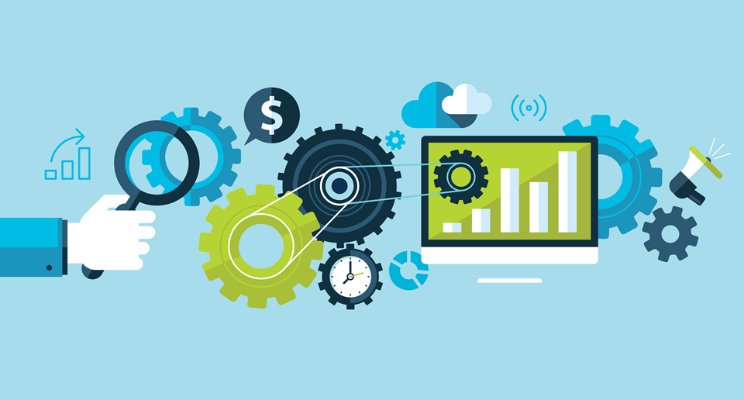 In the last one year, more than in any other period in the history of commercial Test Automation, the platform vendors have been faced with a major decision point – to pivot or not to pivot to become a Robotic Process Automation (RPA) vendor?

To remain 100% in test automation market or pivot to become a Robotic Process Automation (RPA) vendor?

This is particularly relevant since a very few Test Automation platform providers (TAPPs) have been able to make it big in test automation market. Others are either hanging in there by leading with automation services offering (rather than license revenue) or severely restraining costs or have closed shop.

The Test Automation Platform (TAP) market has had its share of turbulence over the last few decades. The commercial TAPs did not become mainstream until Segue, IBM and more notably Mercury Interactive came up with their offerings. Mercury Interactive (later acquired by HP and then sold to Micro Focus) became the biggest success story in this industry. However, unlike most industries, the TAP market did not see an emergence of too many successful companies. Did you wonder why? I believe there are a few important reasons for this phenomenon:

Challenges why a very few TAPPs have succeeded so far

#1) Targeted limited market: Conventional TAPs Targeted barely 10% of the market- All of these TAPs needed programming skills to create automation. However the issue was that out of all the functional testers around, only about 10-15% had some level of programming skills.

So in the first place, the market was quantitatively very limited.

Secondly, there has been a quality crunch too. Invariably the best programmers would end up choosing software development as a career option rather than testing. That resulted in limited quality skills availability in test automation.

Both these factors put together, negatively impacted the ability of the enterprises to adopt test automation at a large scale, thereby severely limiting the growth potential of TAPs.

#2) TAPs Solved only part of the problem: An end-to-end test automation solution needs not only the automation technology but also the ability to measure/ optimize test coverage, in addition, to test environment management.

Also back then, the TAPs could not provide a solid solution for the emerging technologies like web and mobile. Their offerings to automate testing for these technologies was at best experimental and highly unreliable.

Due to their innovative approach and a very active open source community, automation for web and mobile applications was made much more reliable.

Most TAPs, even today, fail to provide a robust solution for this challenge. This issue is more prominent in our Agile and DevOps driven world today. Software releases for testing are delivered almost daily or even multiple times per day.

These daily build drops are expected to be tested right then. However, it often takes a lot of time to find out the changes in SUT. Until the automation suites are modified to accommodate these changes, the automated tests will continue to fail. Even today, this is something of a trial and error or iterative process hence quick turnaround becomes difficult. The inability of TAPs to provide a robust solution to this real need continues to be a significant gap even today.

#5) Resistance to change: Challenges #1, 2 and, to an extent #3 have been almost solved by modern Scriptless TAPs like Tosca (Tricentis), SOAP UI (Smart Bear) etc. However, another key challenge that these modern TAPs are facing is the resistance from the incumbents.

Leaders of these automation teams are often strong influencers (if not the decision makers) for adopting any new modern TAP. Even if the top leaders/ decision makers choose to buy a new TAP, the adoption often does not meet the desired goals due to lack of buy-in from all teams. This coupled with the challenge #4 above, make even the modern TAPs slowly get bogged down and the test automation initiative quickly peters out!

One alternative Modern TAPs is to step up their effort in test automation market. They can still solve challenge #4 with a sharp focus on the product road-map and engineering excellence. #5 can perhaps be addressed through strong marketing, education and training. However both these still remain uphill tasks for several TAPs.

Advantages for the TAPPs in pivoting to RPA

1) Strong technology overlap between RPA platforms and TAPs. TAPs already provide good solutions for UI automation (thick client, web and mobile), API/ web services, files, databases etc. Most of the process automation needs can be fulfilled with this existing TAP technology stack. There are,of course, a few use cases where TAPs might fall short e.g. OCR, NLP etc. However these can be brought into the platform by integrating with existing best-of-the-breed OCR/ NLP libraries. Hence TAPs need to probably make only limited investment in bringing their platform up-to RPA needs.

2) RPA is still in a nascent stage. Hence unlike test automation, there are no technology incumbents within the buyer organizations who can act as strong detractors during the decision making process. This makes the buying process relatively simple from TAPP perspective.

At the same time, the ROI and cost saving metrics are hard to ignore – leaders will find it very difficult to ignore the 200% to 700% ROI and up-to 50% proven cost saving provided by RPA. Each success will feed into further successes in future.

3) Higher stability of the RPA execution environment – RPA robots normally run in production environments. That means the bots run in the most stable environments possible. Unlike test automation, the bots don’t need to adapt to very frequent untested changes. Hence the failure rate of bots could well be significantly lower.

4) The RPA market is very young but has a large potential – It offers huge business opportunity to the limited number of players in this industry. As per NASSCOM and Everest Group research, the RPA market is estimated to be around $30 Billion by 2025.

Situations where TAPPs need to think hard before pivoting to RPA

A) Negligible overlap in business functions – While there is a significant technology overlap, this overlap is almost ZERO when it comes to functions like sales, marketing, knowledge management and to some extent product management etc. It is essential to create these functions from scratch. The mindset of people in these functions will need to be radically different, because the buyers and their use cases are quite different from those in test automation. Not every organization will be ready and able to take this challenge head-on.

However it is very important to ensure that comprehensive customer success is constantly delivered. One needs to meticulously execute and constantly measure key metrics like customer delight, customer retention and account farming/ penetration.

Test automation customer success if not solved correctly, can easily stop at the first purchase order from any customer. The relationship might not go beyond the first order, if the customer does not feel the success. Account farming and penetration will not happen. All your key account management equations can easily go for a toss. TAPPs that choose to maintain 100% focus on test automation industry need to always keep their eyes on the ball, or challenges #4 and 5 will hurt them badly!

If they do not solve challenges #4 and #5, exponential revenue growth is perhaps going to be an elusive moving target.

In the years to come, it’s a safe bet that we will see some commercial TAPPs venture into the promising RPA market – either by completely pivoting or as an extension to their test automation business. Whether pivoting is better or an extension, will really depend on the unique situation for each TAPP.

I also feel that some companies or investors who have significant conviction on RPA market, might acquire TAPP for technology and talent! What do you think?